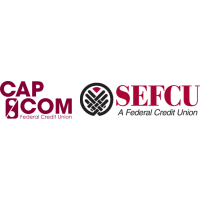 SEFCU and CAP COM Partner to Donate More Than $350,000 to Food Pantries and Rescue Missions

In their first joint venture since announcing plans for a historic merger, SEFCU and CAP COM have united to fight hunger and brighten the holidays for people in need across New York State.

SEFCU President and CEO Michael Castellana, CAP COM President and CEO Chris McKenna, and employees from both organizations distributed more than $350,000 to nearly 50 food pantries and rescue missions in the Capital Region, and the Binghamton, Buffalo, and Syracuse areas.

SEFCU has been making these donations to pantries and shelters since 2010 as part of its year-round commitment to fighting hunger through financial support for local nonprofits and the funding of solutions that offer greater access to fresh, healthy food for people in need. With CAP COM joining the effort, this year even more nonprofits are benefitting.
“We are both products of the credit union movement which is, ‘people helping people,’ and that’s exactly what we are doing. We know that’s our purpose. We’ve been doing it individually. When we do it as a combined entity, there will be no stopping us,” said SEFCU President and CEO Michael Castellana, who added that the need to support our neighbors has never been greater. “When you see a food pantry where there is literally nothing on the shelf, you can’t help but be moved by it. To be able to lead an organization where that is a supported purpose, where that gets people out of bed in the morning – that’s why I do what I do.” 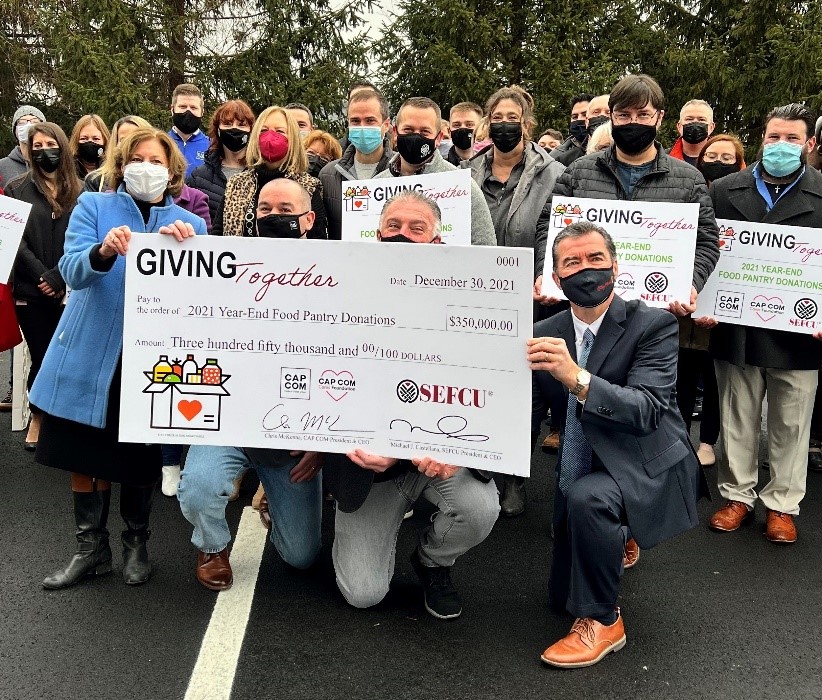 Along with helping food pantries stock shelves, these donations will help local nonprofits provide the services necessary to feed families and individuals.
“Food insecurity is such a crisis and sometimes we forget about the choices that people have to make. People have to choose between eating and paying bills, and that’s a choice that nobody should have to make. Nobody should have to go hungry at night. No student should have to go to school in the morning without being fed,” said CAP COM President and CEO Chris McKenna who also noted that helping those in need has an equally positive impact on those giving their support. “When I got involved in the CAP COM Cares Foundation or partnering with SEFCU and their foundation, it was a game changer. It’s a game changer for the people that you help, but just as importantly, it’s a game changer for people that are engaged.”
For the Regional Food Bank of Northeastern New York, support from the credit unions will have a tangible impact on its ability to feed thousands of people.
“I just want to thank SEFCU and CAP COM for that gift of $10,000. For every dollar donated, we can provide four meals. So that’s 40,000 meals. The number of food insecure folks in our region is 140,000, so this will have a serious difference on their lives, said Regional Food Bank CEO Molly Nicol. “The Regional Food Bank can’t do this alone. We can’t do this without our partners, like SEFCU and CAP COM.
Along with the funds this initiative provides, City Mission of Schenectady Executive Director Michael Saccocio said support from SEFCU and CAP COM also give people hope.
“It's critical to have food for people who are hungry, shelter for people who are homeless, clothing for people who are cold. That’s good, but there’s a greater human need. That’s the need to believe people care. Real people cared about me, real people stopped what they were doing and came to where I am to help me,” Saccocio said. “When people grasp that, they accept a sense of responsibility for it so as it’s been done for me, I need to do it for other people. That, in many ways, is the greater gift.”

Below is a list of all missions and food pantries in the Capital Region being supported through the donations from SEFCU and CAP COM.
Business Directory News Releases Events Calendar Hot Deals Member To Member Deals Marketspace Job Postings Contact Us Information & Brochures Weather Join The Chamber