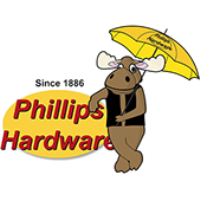 The Capital District Sled Warriors, supported by Phillips Hardware will be having a fundraiser this Saturday, Jan. 15 at the two Phillips Hardware stores in Delmar and Altamont to support their trip to the Empire State Winter Games February 3-6 in Lake Placid.

The Warriors are the local Disabled Sled Hockey Team in the Capital District. There are 15 disabled players on the team and practice once a week at the Albany County Hockey facility.

The team began in 2006 and had their start with the support of the Bethlehem Hockey Association, which took the Warriors under their wing and registered the team with USA Hockey, which is required to practice and play games on most if not all rinks.

With the cost of equipment and travel, food and lodging, the team is hoping to raise enough money, almost $15,000 to defend their gold medal title from the 2020 games, which they won in double overtime.
Jonathan Phillips is a proud father of five and an entrepreneurial community leader for social good. He is the 5th generation owner of Phillips Hardware which has been serving the Albany area since 1886 while using innovative tactics to adapt and survive the ever-changing economic conditions.

Furthermore, his passion for giving back and empowering youth through sports is well exemplified through his efforts with STRIDE Adaptive Sports, Police Athletic League, Guilderland Baseball League among numerous other non-profit efforts. Jon somehow effectively balances this chaotic lifestyle in a way that keeps his sanity intact (to a certain extent) and emphasizes his family-orientated communal values.

Due to the pandemic, and the fact that some team members are immune compromised, practice and fundraising has been a challenge. Phillips Hardware and The Warriors are asking for the community’s help to show how strong Bethlehem is and empowering their youth in sports.

Individual donations can be made to the Sled Hockey Team online